Who is the impostor - Among us became one of the trendy games at the end of 2020, in the game Among us there are two types of missions, namely the mission to save and protect ships carried out by a group of characters commonly called Crewmate and there is a mission that always destroys the mission of the Crewmate who is usually an impostor 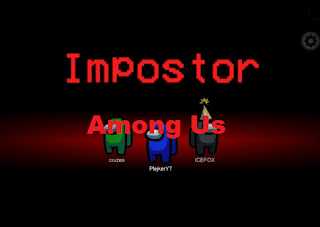 Who is the impostor? Impostor is a con character who makes Among Us even more popular and always messes up and destroys Crewmate missions. In this post the admin will share information about how to detect Impostors and prevent importers from taking action to kill Crewmate. Also read: How To Unlock Glitch Pet on Among Us

So if someone is still confused and asks Who is the impostor, Impostor is an antagonist character in the popular game Among Us, Impostor always pretends to be a Crewmate character whose job is to repair damage in outer space, even though originally Impostor was only an intruder as a detective so he could chaotic mission from Crewmate.

Also Read: Get Among us wallpaper used ags33.xyz

Impostors will secretly sabotage and kill Crewmate. Finding Impostors among Crewmates seems easy but it's actually hard. This is what makes the Among Us game even more exciting, because each player accuses each other.

How To Detect The Presence Of Impostors 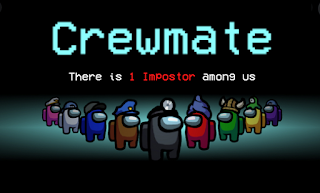 1.The closest person to the dead body

If you see someone and then find your Crewmate killed, there's a good chance that the person you just saw is an impostor.

2. Memorize who did what

In the game Among Us there can be 10 players and including 3 Impostors. If you are a Crewmate, the trick is to memorize who, where to do what. You must have found a suspicious person.

Impostors usually pretend to do the task. Therefore, you as a Crewmate must understand the existing tasks, in which room and how long to work on them. If you find a Crewmate doing a very long task, there's a good chance he's an impostor

4. One who avoids groups

Impostors always target a crewmate who is alone, so if you are alone then a third person comes and suddenly leaves again, there is a possibility that he is an impostor.