El Chapulin Colorado -  Your Vinil antennas are not deceiving you: El Chapulín Colorado, the greatest comic superhero on international television, will arrive next week in Fortnite wielding his garish chipote as part of the celebrations of his 51st anniversary. 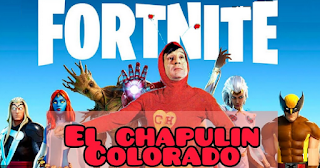 The hero who is more agile than a turtle, stronger than a mouse, and nobler than a lettuce will debut a commemorative set in Epic's hit Battle Royale. And yes, his shield is a heart and he will share a face with the mythical Roberto Gómez Bolaños.

The essentials: from November 2 at 01:00 a.m. (Spanish time), a set of thematic lots inspired by El Chapulín Colorado will be added to the Fortnite store, including his mythical Chapulín suit, a Paralizatrón CH-3000 backpacking accessory and , of course, the mythical Chipote Chillón in the shape of a beak. But the thing does not end there. 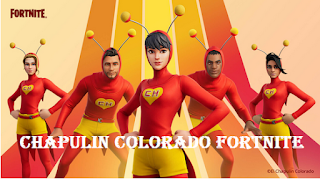 Along with Chapulín's own suit, Fortnite will add a set of colorful outfits that follow the trend of the iconic universal hero, as well as a new gesture that is pure fanservice: Don't panic!

Epic has made almost all the great superheroes parade through Fortnite. Batman, Superman, Iron Man, Venom ... And now Chapulín Colorado himself They didn't have his cunning! How to raise the bar? We are looking forward to finding out.