It's worth noting that Fifa 23 will be available worldwide on September 30 on PlayStation 5, Xbox Series X|S, PC, Stadia, PS4, and Xbox One devices.

According to the list, France's Karim Benzema, a Real Madrid player, is ahead of Poland's Robert Lewandowski, who made his debut this season at FC. Barcelona. 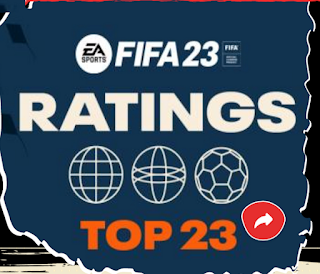 Benzema has an average rating of 91, and after Lewandowski are Kylian Mbappé, Kevin De Bruyne and Lionel Messi, who round out the top five in the game.

Regarding video game stars from Brazil, there's Neymar JR, in 11th place with an average of 89, followed by Casemiro in 15th, goalkeeper Alisson in 16th, while Ederson is 18th, and defenders Paris Saint Germain, Marquinhos. last rank.

Regarding Lionel Messi's position against the previous ranking, he rose from fourth to fifth and has an average rating of 91, while Portugal's Cristiano Ronaldo is in the eighth box with an average of 90.

The teams with the most players on the list are Real Madrid with four, Paris Saint Germain with four, Liverpool with three, Bayern Munich with three, and Manchester City with the same number.

This is the definitive list of the best 23 of FIFA 23: