Where to find Honey Beasts in Fallout 76 - There are plenty of enemies to watch out for in Fallout 76 as you explore the wasteland and collect items to use for crafting. Many of the enemies you defeat will give you crafting materials or food to help you survive in Appalachia. 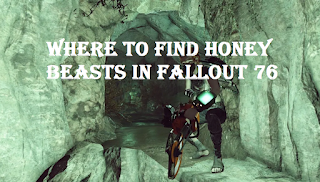 Honey Beasts are huge insect creatures that are a bit scary to find. You will mostly find these creatures later in the game after you have accumulated a decent amount of experience. Killing these beasts will net you Honey and can even get you crafting materials. This guide will show you where you can find Honey Beasts in Fallout 76.

Honey Beasts are not the most common enemy you will encounter throughout the game. You'll end up encountering many more Feral Ghouls, Scorched, and Super Mutants before finding a single Honey Beast. If you know where to look, you can sometimes find some of these creatures lying around, but they won't be easy to take down. Make sure you have plenty of ammo or a strong melee weapon and watch out for the bees. 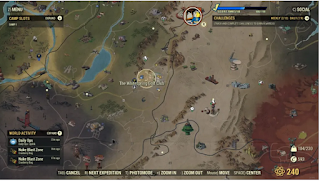 There aren't many places you can find Honey Beasts in Fallout 76, but there are a couple of places you can reliably find them. Check the following areas for these creatures:

How to find and kill Snallygasters in Fallout 76

While Honey Beasts won't spawn all the time in these locations, they aren't the most common areas where they can be found. You can also find Honey Beasts by participating in the Project Paradise event that happens in Arktos Pharma.

This event will bring multiple Honey Beasts for you to fight along with many other creatures. Honey Beasts will drop lots of honey for you to use to make teas and foods that will give you buffs to help you survive in the wasteland.