Additionally, Rainbow Six Siege will be playable for free from August 13-15; these days, players can earn double bonus Battle Pass Points. This event offers a preview of the world of Extraction in Rainbow Six Siege, where a team of REACT agents will step in to destroy the parasite's nests and face off against a team of Proteans, a deadly variant of Archaea, who can take the form of REACT agents (defenders) and try to imitate their behavior only with maximum speed and melee attacks. 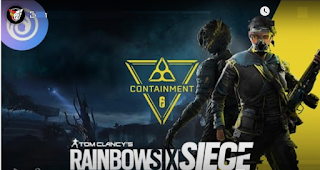 Defenders will have additional health points, Aruni's punch, and Oryx's special abilities, but will have no weapons for the entire game. Attackers will have standard equipment with no modifiers, and will only have access to a limited selection of agents.

Containment introduces a new game mode, Nest Destruction, where players will fight around a nest. On the one hand, the attackers will have a two-level objective: destroy the nest to open the final objective and win the round. On the other hand, to clinch victory, defenders will rely exclusively on melee attacks and Remah's Verve to stop their opponents. Of course, there is always one last solution to ensure victory: the ancient and effective formula of wiping out the opposing team completely.

The Containment event comes with its own collection of 33 unique items for Tom Clancy's Rainbow Six Siege agents, which will be IQ, Ace, Blackbeard, Amaru, and Zero on the attacking side, and Aruni, Jäger, Kaid, Mira, and Warden. on the defending side. The collection includes headgear, uniforms, and weapon skins. The customization items for each agent, exclusive and for a limited time, can be purchased as bundles in the in-game store section, for 1,680 R6 credits each, or as Containment packs for 300 R6 credits or 12,500 recognition points.