When is goku coming to fortnite - After various tips and leaks last month, the Dragon Ball Z collaboration with Fortnite happened today confirmed through the official Fortnite social accounts.

When will Goku arrive at Fortnite? Goku and at least three other DBZ characters are coming to Fortnite on August 16. Characters from Dragon Ball Z will be available for purchase in the Fortnite in-game store and will be joined by a series of challenges that players will need to complete.

It's currently unclear what the rewards will be for completing these challenges, though possible candidates would be weapon wraps, loading screens, and back decorations.

Also Read: Where to find aliens in fortnite 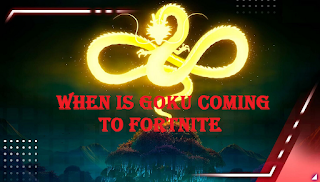 While the exact Dragon Ball characters coming to Fortnite have yet to be officially confirmed, leakers have found evidence pointing to Goku, Vegeta, Beerus, and an unknown female character. The inclusion of Beerus suggests that this event may be based on Dragon Ball Super rather than Dragon Ball Z, as that series is where Beerus appears. Also, it's no coincidence that a new Dragon Ball Super movie, Dragon Ball Super: Super Hero, is set to release on August 18, just two days after the start of the Fortnite collaboration.

So instead of a Dragon Ball Z Fortnite event, it seems more likely that players will get something more inspired by Dragon Ball Super. According to the image released along with today's announcement, the appearance of the dragon Shenron is also expected.

More details on the Fortnite Dragon Ball Super event will be revealed over the course of the next week.