Fortnite squad game map code -  Squid Game is a popular series found on Netflix, which pits lucky people against each other in a series of deadly childhood games. Naturally, this concept has resonated with players, causing it to start to appear in Roblox and now in Fortnite. If you want to try and see if you have what it takes to survive these deadly games, we have a ton of codes for you to try in Fortnite. 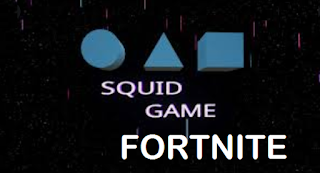 Most of the games will start with the familiar deadly game of red light and green light. However, after that, there is much more variation, due to converting the games into something that can be created in Fortnite Creative.

Also Read: How To get pumpkins in fortnite creative

Survive a series of challenging minigames to be the last player standing and win the grand prize.
In the Squid Game version of PWR, you will start with the standard red light and the green light. However, from there you will find some interesting twists. When it comes to the Dalgona Candy game, also known as Cookie Cutter, you will be shooting targets in a specific way. If you miss a shot, they will kill you! After this, you can choose odd or even. If you can select it correctly three times, you will move on! Now they will put you in teams, where you will have to shoot the targets with a hunting rifle. The faster your team can hit the targets, the less likely they will be dragged into the bottomless pit. Then it is the glass game, in which you will try to jump on a platform and hope that it does not fall.

Finally, there is the game of staying inside the lines where you will be equipped with a Flintlock pistol and you will try to hit the other players outside the lines. The last to stay within the lines is the winner!

After your red light and green light game, you will head to the Cookie Cutter round. This game is a parkour map that will require you to walk a tightrope through a specific layout in the allotted time. Things get very dark after this, because the lights in the lobby area will go out and give it its peak. Fight your way against your companions to survive! If you make it through that round, you're in the game of tug of war. You will need to press the action key and hope that the rest of the players on your team are doing the same. Whichever side can avoid the abyss will keep going! Now is the time to jump on the glass and hope it doesn't break. If you make it to the other side, you will survive, if not, you will plummet to your doom!

Sypher game makes you play a long game of red light and green light. Then you get involved in the dark room with spikes and you can kill yourself to see who the winner is. This is a fairly short version of the game, hopefully it will be improved in the future.

How To Use creative code

If you don't know how to use creative code in Fortnite, we'll show you how. You can first click on the links in our list to go to each of the map pages. If you are logged in, you can press the Add to my library button. This is not required, but it does make things easier!

Enter Fortnite and go to the Creative area. You'll enter the lobby area and want to look for the feature islands with a console in front of them.

Press your use button on the Console and you will be given the option to enter a code. Copy a code from our list and paste it into the text box and hit the OK button. If you added the code to your library, head over to the Favorites area and enter it from the list.

After a short charge (depending on your device), you should be in the creative game!
Those are the best codes for Squid Games in Fortnite Creative! Be sure to visit the Fortnite section of our website to learn more about the game.