Fortnite naruto skin leak - Fortnite is reportedly bringing characters from one of the most popular anime Naruto: Shippuden into its game crossover content next week.

However, it is not known for sure who the battle royale game made by Epic Games will be from the ninja character in Konoha Village. This means that the characters in attendance will be joined by Superman, Thanos, LeBron James, and many more. 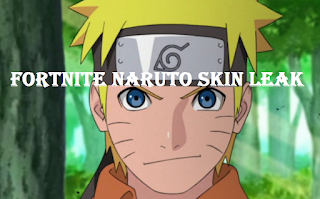 This news is not just nonsense, Epic has confirmed in advance through its official Twitter account @FortniteGame, which states that the collaboration between Fortnite x Naruto: Shippuden will take place on November 16.

Also Read: How to get wildcat skin fortnite

Unfortunately, nothing else has been revealed apart from the image of the Fortnite logo alongside the Naruto: Shippuden logo, so there's still no official look at how the skins or other cosmetics will be added.

Quoting Digital Trends, Friday, November 12, however, it seems, the latest leaks suggest that there will be a kunai weapon added to the game. Other cosmetics will also be taken directly from the Naruto franchise, they will be part of a cosmetic package featuring one or more of the character's skins.

On the other hand, there's also an official Japanese ad that features parts of the content pack, including Kakashi's dog, Pakkun, as back-bling.

Although not much has been officially shown, the leaked images uploaded by Fortnite make it clear that the crossover content is focused on adopting the sequel to the original Naruto series, Naruto: Shippuden. That means all emblems will probably be based on the series.