How to get spider man mythic fortnite - One of the main novelties of Chapter 3 of Fortnite is the map, which brings with it many never-before-seen locations and surprises to discover. But it is also striking that in this new season Spider-Man will finally arrive at the Battle Royale, as well as Marcus Fenix ​​and Kait Diaz from Gears of War. If you want to get everything related to these characters, do not worry, we will tell you how to do it below. 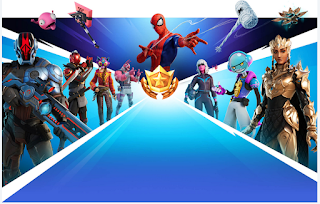 How to get Spider Man in Fortnite?

First, you have to buy the Battle Pass, which costs 950 V-Bucks or V-Coins and is equivalent to around $ 9 USD. Once this is done, the Battle Pass will be enabled and the rewards it offers can be unlocked as you level up.

Also Read: How to get Venom & Carnage symbiote myths in season 8

Thus, as you play and gain experience you can progress in the Battle Pass and get the rewards available in exchange for battle stars. Spider-Man's main outfit can be found up to page 9 and costs 9 Battle Stars. In order to enable this page, you will have to get 75 rewards or reach level 80.

On this same page there are also other objects inspired by this superhero, such as a banner icon with the character's symbol (2 stars), the gesture Are you ... you? (from Spider-Man meme, 7 stars), Thwip! (3 stars) the Loose Threads trail (4 stars) and the Spider-Man Backpack (5 stars).

How to get the other Spider-Man outfits?

On top of that, there are more items on page 10: the Friendly and Affectionate Emote (7 stars), the Symbiote Backpack, the Grab Cobweb loading screen! (3 stars), the Just Like a Spider graffiti (3 stars), the Cobweb Parachute (6 stars), the Web Thrower wrap (4 stars), and the Spider Sense on emoji! (3 star). Also, on this page you can unlock the Symbiote variant style of the Spider-Man suit in exchange for 8 stars.

The new season will also feature additional rewards, which will offer one more variant to Spider-Man's outfit, precisely the Future Foundation suit. These rewards will cost more work, as unlocking page 2 requires obtaining 105 rewards and the costume costs 30 stars. Beyond this page there are several that will offer hidden rewards for now.

Also, you should know that all players will be able to use Spider-Man's Web Launchers from November 11, which will grant them superhero abilities and you can use them with any outfit, not necessarily Spider-Man's.

We remind you that the Battle Pass, as in other seasons, will also offer many other rewards, be it gestures, hang gliders, turkeys, music and other characters or outfits and styles, such as Ronin the Wanderer, Harlowe the Outlaw and many more. . So don't miss out on the chance to play a lot and level up throughout the season.

How To get Marcus Fenix, Kait Diaz and The Foundation or The Rock?

If you wonder how to unlock The Foundation, then you should be aware of Season 1, because in 60 days it will be possible to get this character, which will also include the style without the helmet, so you can play with the face of The Rock . Along with other rewards, this content will be part of page 1 of the bonus rewards.

We told you that Epic Games also hinted that there could be more "arachnids" as the season progresses, as well as friends and enemies that will arrive at the teinda of objects.

It is precisely expected that among the characters that arrive at the store are Marcus Fenix ​​and Kait Diaz from Gears of War, who are not included in the Battle Pass. So far it is unknown when they will be available, but it is a fact that they will arrive in Fortnite during the season that has just started. We will keep you informed.