How to get fgs swaps - In FIFA 23, FGS Exchange Tokens are a special in-game currency that can be exchanged for high-value packs in Ultimate Team (FUT). FGS stands for FIFA Global Series or, using its full name, EA Sports FIFA 23 Global Series. It's basically the banner name for all the various official FIFA competitions organized by EA Sports, and you earn FGS Swap Tokens by watching those competitions. 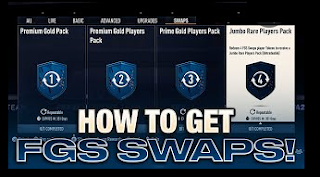 How much do FGS Swaps Cost? 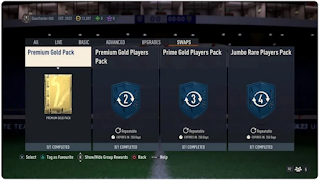 FGS Trade Tokens can be exchanged using Special Squad Building Missions (SBCs) at the Token Booth in Ultimate Team Mode under the Trade tab. Every time you exchange a token, the set you get gets better:

How To Get FGS Swaps FIFA 23

Also Read: Power Shot Fifa 23, How to do powershot in fifa 23

To earn FGS Swaps, you first need to link your EA and Twitch accounts, then watch one of the official Global Series Twitch streams for at least an hour (60 minutes). You then need to claim the reward on Twitch via Twitch Drops. Your FGS Swap Token will appear in Ultimate Team in FIFA 23 within 24 hours.

FGS Swaps can also be obtained by watching an hour of the official YouTube broadcast, and for that you need to link your EA and YouTube accounts. Do this in the settings of the connected YouTube apps. After watching the stream for at least an hour, the FGS token should automatically appear in FIFA 23 Ultimate Team within 4 hours.