Where are the dirt bikes in fortnite - It seems there is no shortage of new things to discover in the recently released Chapter 4 Season 1 of Fortnite. If bringing a whole new island wasn't enough for players already, there are new movement mechanics for characters, weapons, chests, in-game activities, and even a new vehicle to make the cut. 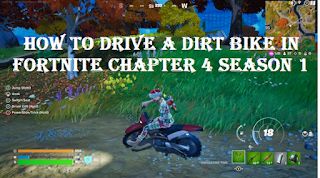 The vehicle in question is one that many players have been waiting for; a dirt bike. Giving players the chance to finally drive something on two wheels, the dirt bike manages to take touring to a whole new realm in Fortnite, thanks to its inclusion. But if you've gotten on the back of one and run into trouble, or are just curious about it, then we can help. We are going to explain how to drive a dirt bike in Fortnite Chapter 4 Season 1.

Also Read: Shoot targets while ziplining, Where to shoot the targets during the zip line in Fortnite 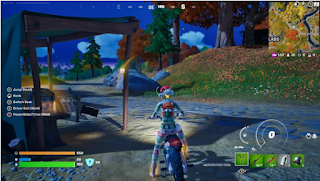 If you're looking to find a dirt bike in Fortnite Chapter 4 Season 1, there really isn't a specific location to find it, at least not yet. You can usually find them at gas stations, major points of interest (POIs), or these types of pop-up tents, like the ones pictured above.


Dirt bikes accommodate two players; a driver and a passenger, and actually allow both players to fire weapons while in them. Also, similar to riding animals, players can also pick up items, as well as loot chests, ammo boxes, toolboxes, etc., while on them as well.

How to know how much damage you have done in Fortnite Chapter 4 Season 1?

When it comes to riding an off-road motorcycle, things aren't too difficult, although it does take some getting used to. To drive forward, simply push the left stick up as if you were walking. The rest of the driving controls are also the same as for walking, pulling the stick down reverses the character on the dirt bike.

Also Read: Where find Locations Ballers in Fortnite Season 3 and How to charge a baller in fortnite

You can honk a dirt bike horn with the down button on the D-Pad, slide or do tricks by holding the B/Circle button, and you can jump the dirt bike by holding the A/Cross button, letting it go to your desired jumping power.

It is very easy to do flips and tricks on the dirt bike by simply turning it and spinning it when making big jumps. This will accumulate points that will normally be applied to whatever challenges you currently have that require you to earn trick/skill points. There are many tracks and ramps throughout the island, so be sure to use those as well.