Meme Stonks - On April Fool's Day, Epic Games decided to launch one of the most unexpected skins in Fortnite: the worldwide meme “Stonks”. Believe me, this is not a prank. The item is available in the battle royale store for 1,200 V-Bucks and accompanies the back accessory “Up!”, A red arrow.

Through the game's official Twitter, the studio shared the Hanz Diamante, as the character is called, in a hilarious dance. 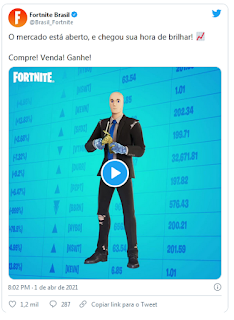 So that there is no doubt if it’s an April Fool’s prank, check out “Stonks” at the Fortnite store: 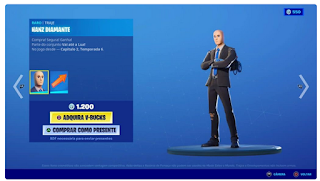 The meme is used in situations where a person or company has a “genius” idea, but, in fact, it is something obvious or meaningless. “Stonks” is an intentional error of the word “stocks”, “actions” in Portuguese. When it was created in 2017, the joke served to play with bad financial decisions and was a success on social networks.