How to craft a weapon with alien nanites -  Fortnite's Legendary missions from Chapter 2, Season 7, Week 12 are here, and one of them requires players to create a new weapon using Alien Nanites. The ability to craft weapons was added to Fortnite recently, as well as the new Alien Nanites item. Not only can these items be used to create powerful weapons, but players can throw them to create a low-gravity field that can cause chaos during a battle royale match. 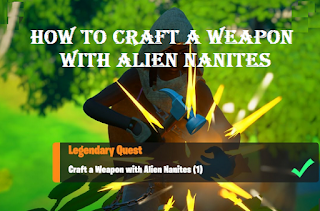 Fortnite players who wish to complete this challenge to earn XP for the Season 7 Battle Pass can use this guide. In it, they will discover how to find Alien Nanites and how to make weapons with them.

Also Read: How To find wolves in fortnite

Where To find alien nanites in Fortnite

Even though Alien Nanites can be found in various locations, especially within the IO chests in the IO bases and the chests inside the Mothership, there is an easy method to obtain some, but it will cost players a few bars.

To buy some Alien Nanites, Fortnite players need to head to Lazy Lake and talk to the NPC named Marigold. She will sell a single Alien Nanite for 150 gold bars, but she has five in stock if players want more. However, to complete the mission, only one is needed.

How To make weapons with alien nanites nanoparticles in Fortnite

Players can use Alien Nanite to upgrade certain weapons. Once Fortnite players find a rare, epic, or legendary weapon that can be upgraded, the weapon in the item bar will have a small icon above it. There will also be an icon about the Alien Nanite, showing that it can be used as a material for the crafting process. 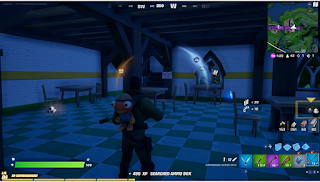 Console players can press the up button on the D-pad to open the inventory menu. From here, Fortnite players can proceed to Crafting and then press the craft button while hovering over the upgradeable weapon. The Alien Nanite will disappear, but players will find themselves with a stronger weapon and a legendary mission completed. 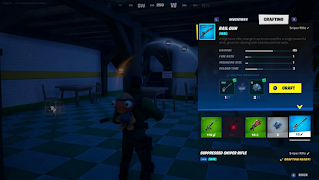 From here, players can continue to complete other challenges for Fortnite Season 7, Week 12. With the season coming to a close very soon, players will want to make sure they unlock all of the Battle Pass cosmetics.