Disruptor halo infinite  - When you're fighting on the larger maps in Halo Infinite multiplayer, you're sure to find some enemy players running alongside you with various vehicles. Most of these vehicles are equipped with heavy firepower, making them a menace that can run around the battlefield. There are a few ways to take them out, and one method is to hit them with an EMP using a specific weapon. 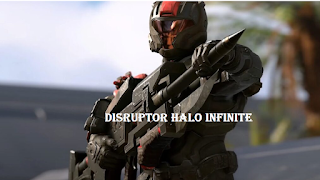 If you loaded the plasma pistol and shot a vehicle in previous Halo games, the EMP. When a vehicle was hit by an EMP blast, it would temporarily stop working, giving another player the opportunity to hijack it or eliminate the vehicle's occupants.

Also Read: How to get helmet with cat ears in Halo Infinite

Now instead of the Plasma Pistol, the Electric Weapons do that, namely the Disruptor and Shock Rifle. We tried using the Dynamo grenades on vehicles, but they had no effect. 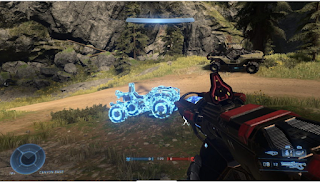 All you have to do is aim your Disruptor and Shock Rifle at any vehicle you come across and shoot it at least twice with a Shock Rifle and about seven shots with a Disruptor.

When you have effectively applied EMP to a vehicle, you will see a distinctive blue glow around the vehicle and it should stop moving. However, the vehicle's weapons are still functional, so it's not entirely safe to charge directly at it while it's in this state.

These shots can be a little tricky to land on a moving vehicle, but the blue aura effect is incredibly bright, so you need to know when you've performed an EMP. This is a good method if you want to try to hijack a vehicle, rather than destroy it.