How to get The Rock skin in Fortnite - One of the biggest surprises of Fortnite Chapter 2 was the revelation that Dwayne Johnson, aka The Rock, is the Foundation, an important character in the game's history.

Now, Epic Games announced this Thursday (3) that the actor has finally become a skin that can be acquired in the battle royale.

The skin pack, which is available now, also includes styles, gliders, emotes and other items. 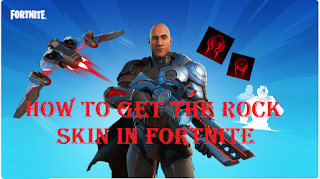 How to get The Rock skin

The Rock skin is part of the Chapter 3 Season 1 Battle Pass, but is not available in the digital store for purchase.

To unlock the skin, you must complete a series of missions that have been divided into two stages, which gradually unlock the items in the Foundation pack.

Tasks can be done in any order the player prefers. Check them all out below:

Challenges can be found under the “Assignments” tab and will be available until March 19, when Chapter 3 will close.