Naomi osaka cup fortnite  - Today Fortnite announced a new collaboration: now the tennis player Naomi Osaka will join the battle royale. With this crossover, players will be able to obtain the “Naomi” outfit and will be able to use the character in-game. The collaboration will be part of what is called the Idol Series, which already has other prominent figures from the world of sports, such as Lebron James. 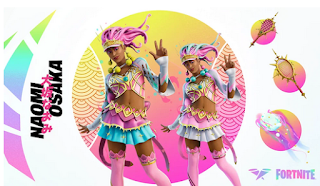 “The Idol Series is the ultimate celebration of the most dynamic cultural figures for the millions of Fortnite players, and there is no one more perfect than Naomi Osaka to join the Series as the first female athlete. Just as Fortnite is more than a game, Naomi is much more than an athlete," said Nate Nanzer, Global VP of Partnerships at Epic Games.

Both the outfits and the different accessories that emerge from this union will be available from March 4, although -through a special event- players will have the possibility of accessing two days before.

Also Read: Where to find drakes map fortnite and how to use drakes Map fortnite

“He had been playing Fortnite for a long time, so when I saw that Lebron had joined the Idol Series, I wanted to be a part of the Fortnite family too. It's really amazing to connect with so many people around the world," said the tennis player.

He goes against it with two different in-game outfits, each with their own complementary accessories tailored to each one's aesthetic. The first outfit will be called Naomi Osaka and will include the Royal Racket pickaxe. When used, she will leave a pink trail in her path. In addition, it can be used as a backpacking accessory. Added to that is the Majestic Nimbo Chariot Glider and Queen of the Court Alt Style. 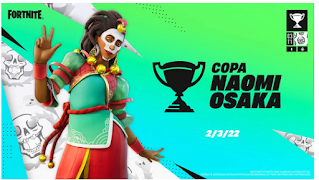 The dark priestess Naomi outfit will arrive accompanied by the portal-creating racket pickaxe that will generate a green wake. It's going to be complemented by the Doomed Mist Glider and the Neon Priestess alternate style.

In addition, the Fortnite Naomi Osaka Cup will be held on March 2. Competing solo, players will have a chance to unlock both outfits and backpack/pick accessories before they hit the in-game store. In addition, those who accumulate at least eight points will be able to access the Forbidden Serve graffiti.

Also Read: Where is Gunnar in Fortnite? How to help take out Gunnar Chapter 3 (tactical visor toggle emote)

In order to participate, players will need to have two-factor authentication enabled and verified on their Epic account and an account level 50 or higher. Once the cup starts, you will be able to play up to ten games in a three hour period. The start will be adjusted to the times of each region and can be checked in the Compete tab of the game. 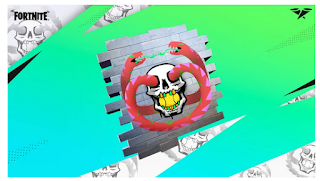 In addition, as part of the collaboration, Naomi will participate in a stream with youtuber berleezy (video game YouTuber) on his Twitch channel on Tuesday, March 1 from 6 PM in Mexico / 9 PM in Argentina. In the direct they will be able to have a first look at the outfits within the game. To this is going to be added that from today there will be a mural in the city of Los Angeles that will show the two suits.