When is fortnite season 2 - Several weeks ago the assumptions began about the end of the current season and the beginning of Season 2 of Fortnite. The truth is that the exact date on which the content of the Epic Games battle royale will be renewed is already known and a new stage will begin with spectacular news.

Will there be an event to end Fortnite Season 1? 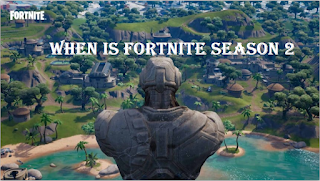 As it was known a few days ago, Epic Games does not have any type of event scheduled to conclude the current season of its battle royale. After the leaks of the dataminers after the recent patch 19.40, there is no type of code that could indicate any important event that marks the end of Season 2.

Also Read: Where to find boars in fortnite, wolves, chickens and frogs on the Season 6 map

As was already pre-established, the Battle Pass of the current season of the Epic Games title will end next Saturday, March 19, 2022 (possible to check within the game), so it is expected that, together with a new update, the Season 2 of Chapter 3 begins on the same date or on Sunday, March 20, failing that.

If it occurs on the recently mentioned dates, it will be an atypical situation since Epic Games has us used to releasing the patches on Tuesdays. But since it is the beginning of a new season, this could be the exception. In case it doesn't happen, the deadline for Season 2 to start will be Tuesday, March 22, 2022.

What news will come along with Season 2 of Fortnite?

At the moment, Epic Games has not revealed any information regarding the content that will arrive in the new season of the battle royale. Despite this, as happens at the beginning of the Season, it is possible to deduce that we will have a new Battle Pass with spectacular free and Premium rewards for those who buy it with paVos, the virtual currency of Fortnite.