Bandai Namco has released a small patch for Elden Ring for all platforms, which returns Starscourge Radahn to a fairly challenging fighting condition. 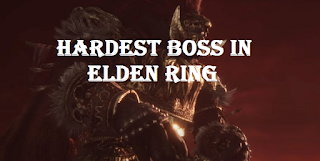 The latest Elden Ring patch notes mention the following:
"Fixed a bug in the balance adjustment of the boss 'Starscourge Radahn' in update 1.03, where the power of some attacks was unintentionally reduced"

The infamous boss had previously been nerfed, at least in regards to From Software's designed antagonists, to have reduced power in several of his attacks.

While Radahn was still a challenging and hard-hitting opponent to deal with even after the previous update had unintentionally weakened some of his attacks, the new patch has made him a force to be feared again. .

One of the hardest bosses in Elden Ring

If you're feeling brave enough to take on one of the toughest bosses in the Elden Ring, you can find Radahn at Redmane Castle in southeastern Caelid.

He is capable of launching multiple instant kill attacks, you need to be around level 70 to take on the general. To defeat Starscourge Radahn you must be prepared to face an enemy that tests all your skills.

Elden Ring, clearly one of the game of the year contenders, FromSoftware's latest work has earned the respect of the entire video game industry.