Where to find light saber fortnite -  For the third time in Fortnite, players can now find and use lightsabers in Battle Royale, in celebration of Star Wars Day. Unlike most weapons, the Jedi sword has a wide range of damage rates, ultimately allowing you to take out other players with just a few hits. This is where you can find the intergalactic weapon and what to expect from its power.

Lightsabers can be found exclusively in regular and IO chests throughout the map, meaning the item type cannot be purchased or discovered as ground loot. However, they will only be available for a limited time, as the lightsabers are tied to the Star Wars event that will end on May 17. 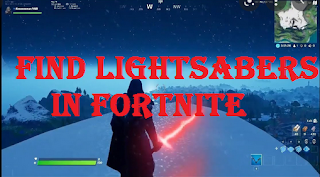 Also Read: Fortnite Street Fighter, how to get Blanka and Sakura fortnite

Speaking of damage, players will notice that their damage will change for each consecutive hit they land on an opponent. The first two hits will do 45 damage, while the next three are guaranteed to do 25 damage. The blade will then deal 150 damage on the sixth consecutive hit, triggering a special hit animation.

However, these aren't the only Star Wars-themed weapons to be found on the map. This special event has also brought back the E-11 Blaster Rifle from Stormtroopers, a mythical weapon with 30 damage and a rate of fire of 4.75.