How to get the wolverine claws in fortnite - The v14.20 Fortnite update has just arrived and it adds Wolverine as a boss on the Battle Royale map. Like Iron Man and Doctor Doom before him, players will likely have to defeat Wolverine to complete one of the challenges ahead. In this Fortnite Wolverine boss location guide we will guide where to find Wolverine and how to get Wolverine claws power. 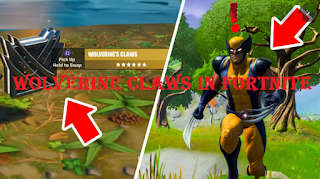 The Fortnite Wolverine location is in Weeping Woods at grid references C5, C6, D5, and D6. Unfortunately, there is no specific area in this named location where Wolverine is going to spawn, he will just randomly wander.

Also Read: Where to get impulse grenades Fortnite Chapter 3 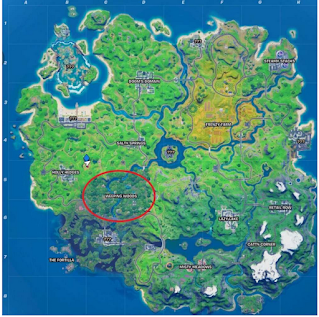 Therefore, to find Wolverine in Fortnite, you will have to keep wandering around here until you find him. Note that if another player finds and defeats Wolverine in your game before you do, he will not respawn.

How to get Wolverine claws in Fortnite

To get Wolverine's claws in Fortnite, you'll need to take out the iconic superhero himself. To do this, head to Weeping Woods and look for it. Deal enough damage to it and it will fall off. Finish it off and it will drop the Wolverine Claws superhero ability.

Also Read: All Shadow of Phantasm missions in Fortnite and how to complete them

Wolverine's Claws had a dash attack that allows players to dash and deal damage to their enemy. They also allow players to travel great distances quickly, which can be useful for avoiding the narrowing storm circle.