Fortnite Creative Player -  Creative mode was one of the most innovative additions Epic has made to Fortnite. You no longer even have to play the base game mode to enjoy Fortnite. You can play Search and Destroy, deathruns, Zone Wars, Trivia, boxfights and much more.

Competitive Fortnite players are the ones who have opted for creative mode the most. Zone Wars offers you a simulated endgame and boxfights allows you to practice the most important element of high level competitive play. 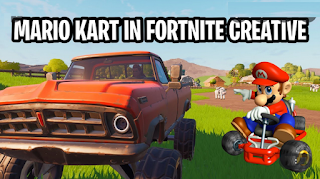 Over a year ago, back in Fortnite v12.10, files were added to the game that we assumed would bring a massive change to Creative. According to the game files, Creative can now support up to 50 players.

A year after we first heard the news about an updated Creative Beta, we have yet to see this in practice. Since so much time has passed, many players forgot that it was even on the horizon.

However, after the v15.50 update, dataminers found some new files related to the creative mode expansion. According to them, Epic is testing a Creative beta that should support 50 players.

Such a change would be a huge step for the game. You could really play a mini-BR game with your friends if this change goes through. YouTube creators and streamers could also manage private matches much more easily, as there is no chance of a code leak or an unwanted intruder.


The best part of this additional player count is the ability to really simulate competitive situations late in the game. Zone Wars is good practice for many of us, but not for those at the highest level.

Anyone who has ever seen a tournament knows what we are talking about. The final game in professional Fortnite matches usually has 40+ players in the last few zones. It's pure chaos, and a 50 player Zone Wars lobby will be able to capture this.

Of course, the expansion also opens the door to a bunch of other possibilities, including massive boxfights and more. Epic will be focusing on the creative side of things for the future of Fortnite, and more player numbers are a great first step.