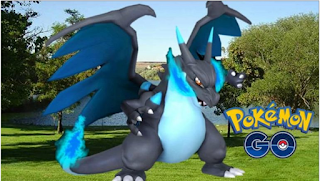 So you can beat Mega Charizard X

Charizard X, unlike version Y, changes its element to Fire / Dragon type and totally transforms its appearance; his body leaves his iconic orange color for black and blue tones while his ability becomes Hard Claw. This Pokémon is extremely powerful, since the statistics of its defense, attack and special attack, increase significantly.

If you have the opportunity to face him in the mega raids, it is better not to opt for Pokémon of the Steel, Bug, Grass, Fire and Electric type; since Charizard X can resist his attacks so better consider his weakness to the Dragon, Earth and Rock movements; which cause a damage rate of 160%.

Also Read: How To Get Sylveon Pokemon Go

His best opponents belong to the Rock element, since his attacks are the most effective and among them are Rhyperior, Rampardos, Terrakion, Landorus Therian and Tyranitar; with which you can take advantage of their movements such as Antiaircraft and Avalanche. Other good opponents are those of the same element such as: Zekrom, Rayquaza, Garchomp and Reshiram.

On the other hand, if you want to add it to your Pokédex remember that you must first capture Charizard, which you can mega evolve through the mega energy that you can obtain by participating in mega raids; where you can be accompanied with other coaches and ensure victory.