ffxiv endwalker soundtrack - With Final Fantasy XIV's latest expansion, Endwalker, in the history books, it's time to celebrate his score, which will be released soon on a Blu Ray soundtrack.

Today, Square Enix released a trailer for the soundtrack, which will be released worldwide on February 23 and can now be pre-ordered from the publisher's stores for $54.99. 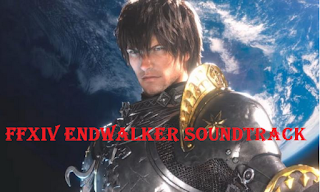 With its epic and nostalgic undertone, the score is surely another home run for composer Masayoshi Soken and his team.

Also Read: How to get goblin and archangel wings Final Fantasy XIV

It comes with an in-game code for a Vrtra minion and includes a whopping 62 songs. Video tracks will include a music video and a clip about FanFest in China, while the chiptune version of Endwalker will be provided as a bonus track.  Early purchases will also earn you an additional case. You can check out the trailer below and find the cover art and a look at the Vrtra minion.

Final Fantasy XIV is currently available for PlayStation 4, PS5, and PC. Upgrading to PS5 is offered free of charge to those who own the PS4 version. The Endwalker expansion was just released a few weeks ago.
Just a few days ago we learned that the game is so successful that Square Enix has had to suspend sales to alleviate server congestion.