Ghost of tsushima update 2.15 - With just ten days to go until the release of Guerrilla Games' highly anticipated open-world sequel Horizon Forbidden West, and to celebrate the upcoming release, there's a little cross-promotional collaboration with another PlayStation-exclusive title: Ghost of Tsushima Director's Cut out now. introduces Aloy-inspired Armor thanks to the latest patch. 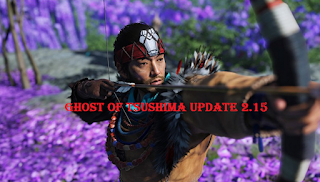 Update 2.15 to Ghost of Tsushima Director's Cut from developer Sucker Punch, but it's the Horizon Forbidden West crossover that takes center stage, giving players the opportunity to unlock a new outfit for Jin Sakai that has a distinctive Aloy twist.

Also Read: Do you need xbox live to play fortnite

In the Director's Cut, those who wish to suit up in the fancy new robe must first travel to the north of Iki Island. Here they will discover a newly repaired wind shrine to interact with – simply solve the associated puzzle to unlock the armor. 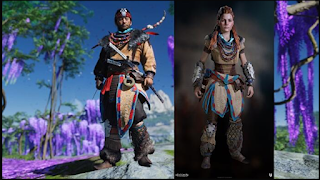 Along with the Horizon crossover, patch 2.15 also brings several additions and fixes to Ghost of Tsushima's Legends co-op mode. For starters, there's a new Platinum difficulty for Survival, which promises a tougher challenge than Gold difficulty, gives players the opportunity to earn better rewards, and offers a greater chance of obtaining high-tier gear. Sucker Punch notes that this is a new default game option and doesn't come with weekly modifiers.

There's also a fix for in-game stuttering and a new "Block" button in the Social tab of the pause menu that allows players to add anyone they've matched with in-game directly to the game's built-in ban list. PlayStation, avoiding future pairings. with that player.

Sucker Punch bids farewell with the news that another Ghost of Tsushima Director's Cut patch is in the works for release next month, also focusing on Legends bug fixes and improvements.