How to get more primogems - Primogems are Genshin Impact's form of premium currency that allow players to purchase items that are otherwise difficult to obtain. For every 160 Primogems a player collects, they can purchase an Intertwined Fate or Familiar Fate, which are items used in Genshin Impact's porridge system. However, players will need to farm Primogems if they want to earn enough to purchase Fates without spending real-world money. 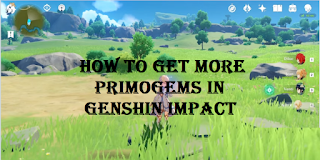 Also Read: How to get affluence talisman in Genshin Impact

Get primogems in Genshin Impact 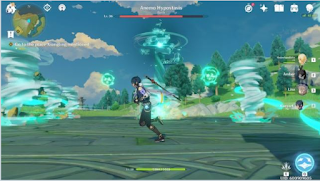 The simplest method of getting Primogems is to spend money to get them in bulk, but this guide is for those who want to earn them through manual labor. Fortunately, there are quite a few ways to earn Primogems without spending a dime.

The slowest method of obtaining Primogems is through the daily login bonus. Every seven days, the player can earn 300 Primogems just by logging into Genshin Impact and claiming the login bonus. A quick way to earn small amounts of Primogems is by opening chests and activating teleport waypoints.

Each of these actions only rewards the player with 5 Primogems, but there are plenty of chests to open that cause them to stack up over time. Players can also earn small amounts of Primogems by opening game tips. An in-game hint will appear on the screen after each new encounter, and players can open the hint to be rewarded with information and Primogems.


However, the best method to obtain Primogems is by completing quests. Nearly every quest in Genshin Impact will reward the player with Primogems in much larger amounts than any other method. These can be adventurer guild quests, random NPCs, or story quests. Dungeons and puzzles are also a great way to get large amounts of Primogems quickly.

Also Read: Solution puzzle from the back of the library Genshin Impact