How to tactical sprint in fortnite - Fortnite Chapter 3 Season 2 is now available on the servers. Players are reviewing what's new in the game. One of them is the tactical sprint. We tell you how to use it in your Battle Royale games developed by Epic Games. 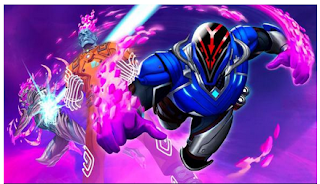 Epic Games has announced that players will not be able to build for a week. Because of this, new movement mechanics have been added.

Fortnite's tactical sprint allows players to run faster for a short period of time. The default movement speed has been increased, resulting in a faster sprint. The speed meter also shows players how long they can run at the new pace. 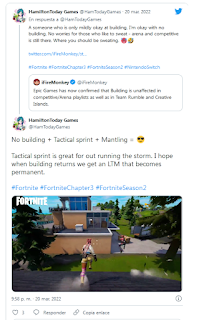 Tactical sprints can best be used to get away from the storm. It can also be used to dodge enemy bullets. Since there are no buildings in the game, players will be able to run faster for cover.

Fortnite players can also combine slides, tactical dashes, and maneuvers to get to higher positions, scale walls, and take the enemy by surprise by using movement to their advantage. Buildings used to be defense in close range fights, but now players can run faster and climb higher on the island.