How to get web shooters in fortnite -  If there is a novelty of Chapter 3 of Fortnite that the community has liked and a lot, it has been, without a doubt, the new mythical launcher, the weapon with which we can emulate the arachnid hero and travel the new areas of the game map to devilish speed. 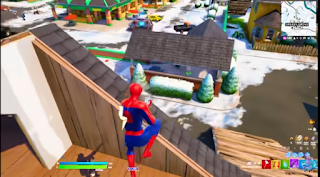 According to the official information of the game, it will not arrive until December 11, when we can get it in some parts of the map. Next, we will tell you everything we know about this special weapon.

Also Read: How to find tornadoes in fortnite

As has been common with other special weapons, this weapon can only be obtained by buying it from an NPC that appears on the map. It has not yet been confirmed, but according to some dataminers, this could be Guaco, which you will find in Caserío Colesterol.

Even so, it is not yet known exactly what will be the number of gold bars that will have to be invested to get it, but we already warn you that it will not be cheap at all. This new weapon will allow us to create spider webs that, when placed on a building, will allow us to gain momentum to jump to a large size.

Also, if you place the spider web on the car, you can go after it and chase it. It will have no ammo, so you will only stop using it when you die.