Where to find bounty boards in fortnite -  Bounty Boards offer an additional challenge during your usual battle for Victory Royale, in which you become a bounty hunter. Interacting with these bounty boards, scattered around the map, places a target on another player's head at random.

You then need to track the target using the radius shown on your map and take them out within the time limit. Conversely, the target must defend based on the threat bar revealed to it. Successfully eliminating the target will reward you with some gold bricks. Here are the locations of all the Bounty Boards.

Where to find bounty boards Fortnite 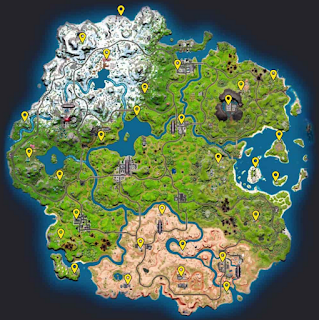 Also Read: How to unlock the temple in fortnite and  Where to find Temples for Quests fortnite