Dragon ball z fortnite - It's almost official that Fortnite plans an epic collaboration with Dragon Ball bringing the Z fighters to the battle royale island, and now more than ever leaks and details about this special event abound. 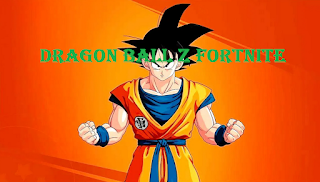 The crossover that would bring the Z warriors to the Fortnite island has not been confirmed by Epic Games, Toei Animation or Shueisha. However, files have been found in the game that suggest that sooner or later we will see it land in the game. In addition, after the event dedicated to the shinobi of the Leaf Village, it does not sound so far-fetched that the next to land in the battle royale are the protagonists of Dragon Ball.

Dataminers have indicated that at least four Dragon Ball characters will be coming to Fortnite as part of the collaboration: Goku, Vegeta, Beerus, and a female character whose identity has not been revealed. It could be Bulma if we play it safe, but we will have to wait for the official information.

The leaked data indicates that the famous Hoi Poi Capsule of the Capsule Corporation will be part of a bundle that will also include the combat capsules used by the Saiyans to transport themselves in outer space. Apparently these items will be available in both battle royale and creative mode. The files also reveal an emote to transform into a Saiyan, and an ability to launch a Kamehameha.


A small tribute to Dragon Ball

It is possible that Fortnite includes a small but significant tribute to the franchise created by Akira Toriyama, as has happened with past crossovers. In this way it was revealed that Master Roshi's Kame House could have a special appearance in the game.

When does the collaboration of Dragon Ball with Fortnite arrive?

It is important to note that the official date on which we will have this new collaboration in the battle royale has not yet been revealed. However leakers like @Hypex (Twitter) commented that Dragon Ball could arrive at Fortnite during the second week of August. From this date it is said that there will be seven weeks of exclusive challenges, new modes and rewards inspired by Dragon Ball Z.