Nimbus cloud dragon ball in fortnite - As part of the Dragon Ball quests, players are supposed to cover some distance in the Nimbus cloud by riding on it. Unlike other items in the game, the Nimbus Cloud is not available on the ground for pickup and use. 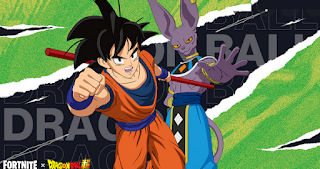 The best way to acquire/purchase a Nimbus cloud is by paying a token fee of 250 gold bars to the newly added NPC Bulma on the eastern edge of the map or by using the Dragon Ball vending machine for the same amount.

The newly added NPC Bulma is present on the eastern edge of the map. The small island only contains one house and Bulma walks its perimeter. Interact with her and pay a fee of 250 gold bars to get the Nimbus Cloud.

In addition to her, you can also buy Nimbus Cloud from the vending machine. You can also buy Kamehameha in the same way. Use the image below for a pictorial representation of all landmarks. 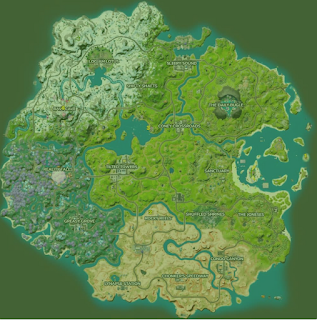 How to ride Nimbus cloud in Fortnite

After purchasing a Nimbus Cloud, it will be available to use through one of your quick bar inventories. Press the assigned button and the following procedure will begin. Initially, you will be thrown vertically up into the air, followed by a transition animation for you to slide down the Nimbus Cloud.

You can use your directional keys to change the direction of your glide and stay in the air until you hit the ground. The item works very similarly to the witch's broom from previous seasons. You can also cancel your flight by pressing the same button from any height, and you won't take any fall damage.

Also Read: Where to find keys in fortnite || How to find vault keys in Fortnite