Jellyfish shield elden ring - We show you how to get the jellyfish shield and requirements to use it in Elden Ring. Its best virtue is that it increases the attack thanks to a unique ability. I'm sure many of you are still living great adventures in the Elden Ring Midlands. Not in vain, the success of FromSoftware and Hidetaka Miyazaki's game grows like foam.

Unlike in Sekiro, in Elden Ring it is not only important to have reflexes and trigger skills, but also to be well equipped. This doesn't just refer to weapons, of course.  There are many shields available in the Elden Ring, and it is up to you which one to choose for your adventures. Today we show you how to get the jellyfish shield, which also increases the damage of your attacks. 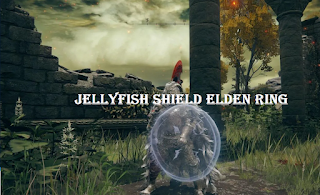 If you want to be well equipped and protect yourself properly, discover how to get the jellyfish shield and increase attack in Elden Ring. Now you will pay your revenge against these pesky enemies in the Midlands.

Get the jellyfish shield and increase attack in elden ring

It may not be the best shield in the Elden Ring, but it is certainly a great option. Medusa Shield is light on its own, but also temporarily increases your attack.  A great advantage of the jellyfish shield is that we can get it early in the game. No need to defeat a boss or spend many hours in the Midlands. You just need to get rid of an annoying group of jellyfish.

Surely these are reason enough to want to get the jellyfish shield. Below we will explain how the attack increase ability works... which is undoubtedly its best virtue. To find the jellyfish shield we must reach the Grace Site ''Foot of the Four Bell Towers''. This is located in the western area of ​​Liurnia de los Lagos.

To better orient yourself, we recommend heading north from Limgrave. In this way you will be able to reach this place of grace in a short time, but be careful with the enemies that you will cross on the way.
Once you arrive at this Site of Grace, you will see a group of jellyfish waiting for you. If you can't see it with your naked eye, take a look to the north (from the map marker), and you'll see these creatures in red. 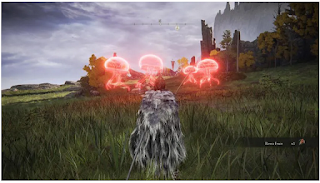 It shouldn't be difficult to defeat these jellyfish. It is necessary to do it, because otherwise they will persecute you constantly... which is a stumbling block when it comes to getting the shield. Show them who's boss.

Also Read: How to use sorceries elden ring and enchantments in Elden Ring

When you have defeated the red jellyfish, you will see a small wooden cart just ahead to the north. Approach and grab the Jellyfish Shield, which will automatically be added to your inventory. What do we need to use the jellyfish shield? Players must have a minimum of 20 Strength and 14 Dexterity. Medusa Shield qualifies as a great shield, and deals damage per hit.

In addition to being light and having good defense stats, this shield has a great feature (which practically justifies its use): the Contagious Fury ability. We explain what it consists of.

If we press the left trigger of the controller (PlayStation / Xbox), this special ability will be activated, which only has the jellyfish shield. During the time it lasts, we will deal more damage with our attacks.
The duration of this attack increase depends on your character's level and stats. In addition, the Contagious Fury skill spends tears while it is active. Keep that in mind.