Fortnite season 4 teasers - According to leaks, Season 4 of Fortnite would be the darkest yet, and would introduce Chrome as a completely new villain. 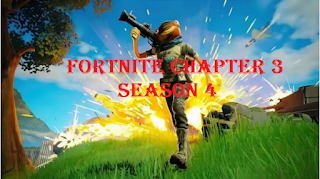 Fortnite comes from a few months of absolute success, having added skins and events that left the community more than happy. But the time has come to think about the next stage of the game, and Epic Games made an announcement confirming the first details of Season 4.

The developer added a video to its website (shared by insider Shiina) announcing that the Season 4 title will be Paradise. Not only that, but it will be released in an update on September 18. 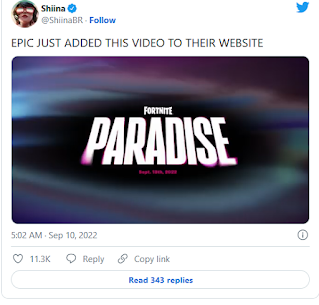 Also Read : How to get reality seeds in fortnite

Until now, the only thing that Epic Games revealed about the season is its title (Paraíso in Spanish), and its release date, so we do not have further details. However, several sources assure that it would be the darkest season in the history of the battle royale.

As well as being darker in tone, Paradise would have us dealing with Chrome, a new villain in Fortnite lore. In any case, there is little time left to find out, since we are only a week away from its premiere.

Also Read: How to slide kick in fortnite